If you’ve completed on a Taylor Wimpey home in Hele Park, Newton Abbot and have any problem with your TV aerial, reception or require any of the services listed below, then then give me a call! I specialise in Aerial repairs for Taylor Wimpey New Builds.

Be assured with my iron-clad 2 year guarantee, offering peace of mind and maintaining new build excellence. 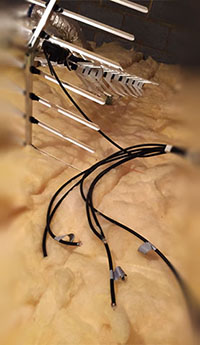 You’ll be shocked at the shoddy aerial connections I see in new build houses, even in Hele Park. It makes sense to make sure of a perfect signal wherever in the home that you want it. So pick up the phone and get in touch!

★★★★★ In this age, when so many large companies seem to see customers just as people to be milked, it is heart warming to find a small, local service that is so skilled and also so determined to provide such excellent customer service.